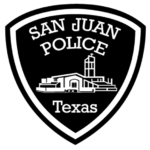 – The San Juan Police Department Narcotics Enforcement Team was formed as a result of the decision to target street-level drug trafficking.

The goal is to impact and reduce street-level drug activity in neighborhoods which are frequently referred to curbside drug sales. The officers in this unit received more than 100 hours of specialized training in drug investigations.

These investigators have also received training from the Federal Drug Enforcement Administration and the Texas Narcotics Officer’s Association. They also do presentations to community groups on the latest drug trends.

This team has been credited with making large seizures of drugs, currency, ammunition and “Synthetic Drugs” and have obtained convictions for numerous street-level drug dealers.